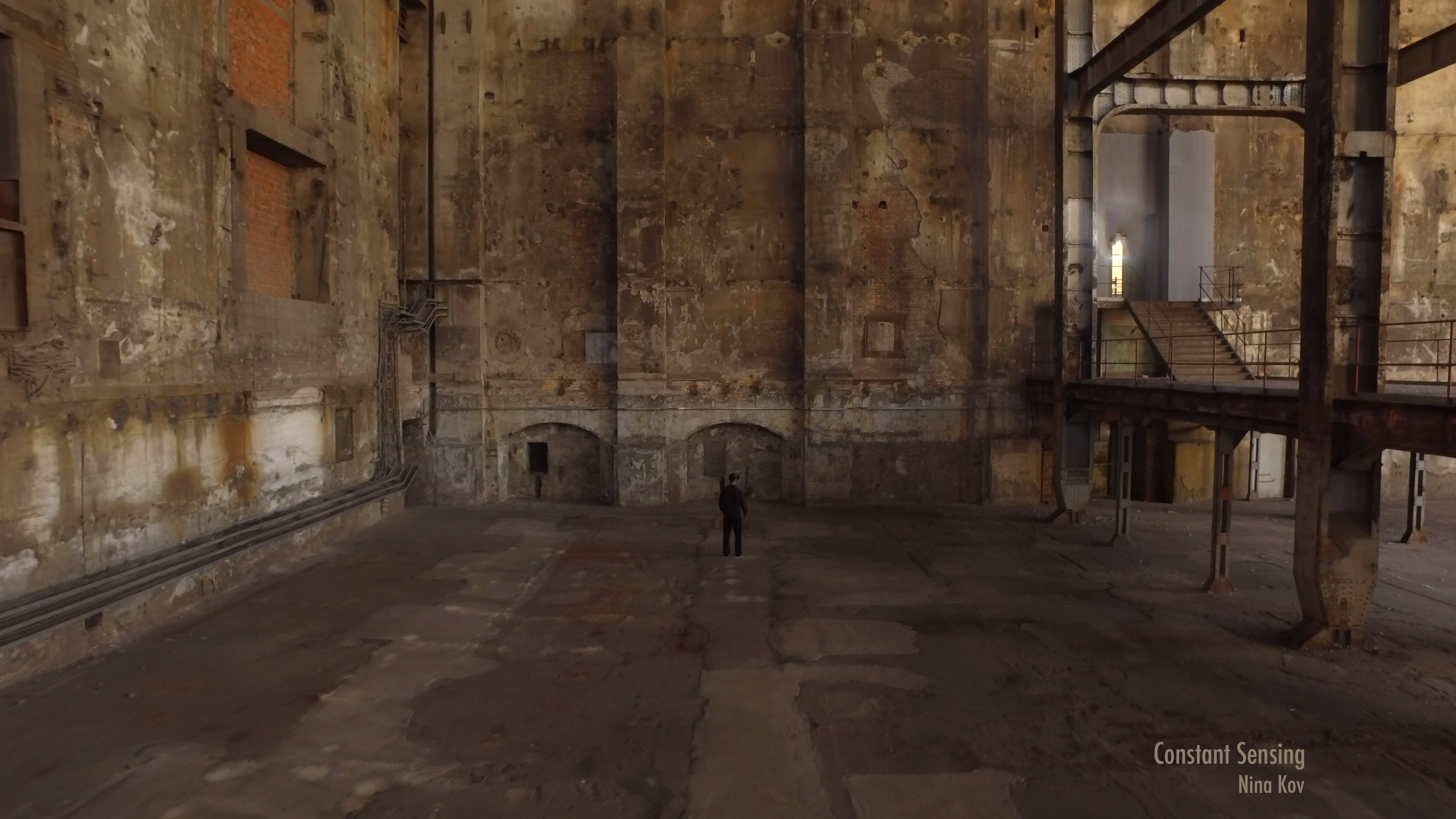 This installation is the first of a series, with the ultimate goal to mix immersive virtual reality and First-person view drone filming.
Questions of identification to images through the body, projection of the unconscious into virtual territories and human/machine communication are at the core of the artist’s work.
Here, the artist plays with the aesthetics of gaming, drone video, avatar representations and the ever narrowing frontier between „rendered” and „real” images.
The First-Person View (FPV) goggles used in the installation display are commonly used to remotely pilot drones via onboard cameras.
The artist is subverting the idea of control, power and agency that a first-person view can give by creating a possibility between a first person view and a third person view.
From seeing ourselves through the eye of the machine, to becoming the eye of the machine – and back.

“New Aesthetic is a sense that we’re learning to “wave at machines”—and that perhaps in their glitchy, buzzy, algorithmic ways, they’re beginning to wave back in earnest.” – James Bridle.

Technological progress can inspire an almost morbid/sublime fascination due to its potentially transcendent power. The concept of this series is one where machines develop an aesthethic of their own, of whom they are the only judge and jury.
The starting point is this current question: If the aesthetics of art is defined by the technological limit of a genre, then who is, or who will be the true judge of its quality?
The ultimate macabre fantasy (in the psychological sense) of our era is one of an “endism”, the idea that “the future doesn’t need us”.
The artist is inspired by this fantasy scenario: the slow and complete outing of the human element from the process of creation. The road to post-human art would go through a necessary loss of the aesthetizing value of human gaze.
Our role is then simply one of a voyeur. It’s not about getting a glimpse on how machines see us, or “our world” anymore; it’s about us getting a glimpse into the process of machines looking at machines.
But we’re not there, yet.
The man/avatar is symbolically situated, in a spatial and temporal in-between, within the rubbles of a past industrial revolution, at the dawn of the current, 4th industrial revolution, facing a wall. His presence is seemingly unavoidable.