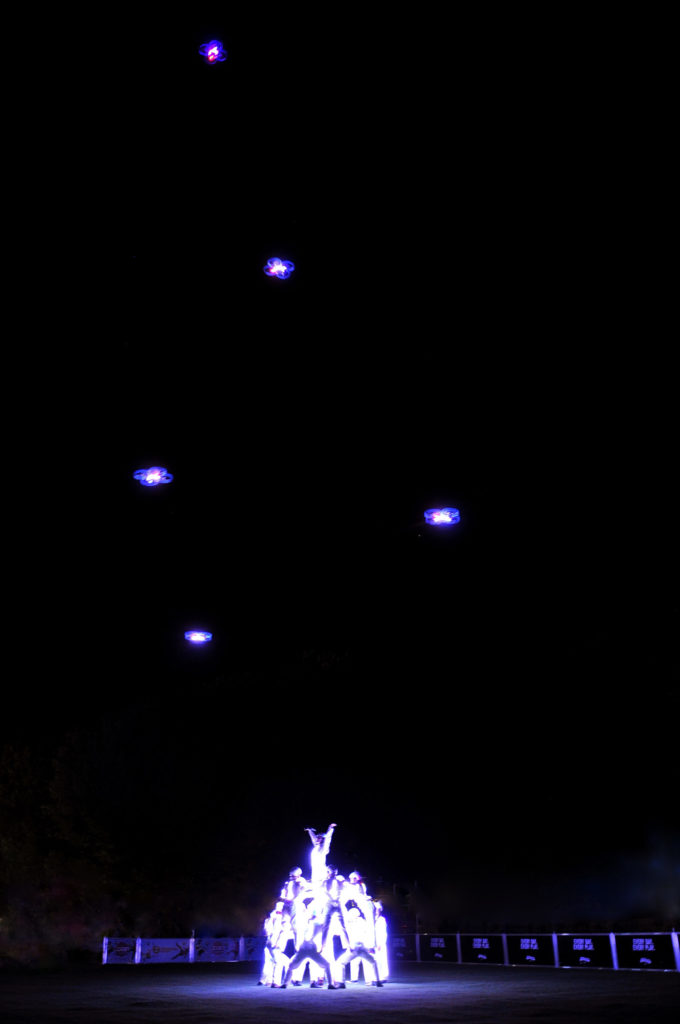 Dancing With Drones at Sziget festival

Dancing with Drones, showcasing the latest technological development in the field of Cooperative Drones, is the finest example of interaction between machines and humans.

The show is also an incredible journey documenting the strive for progress in humanity and unifying human, animal and robotic movement. 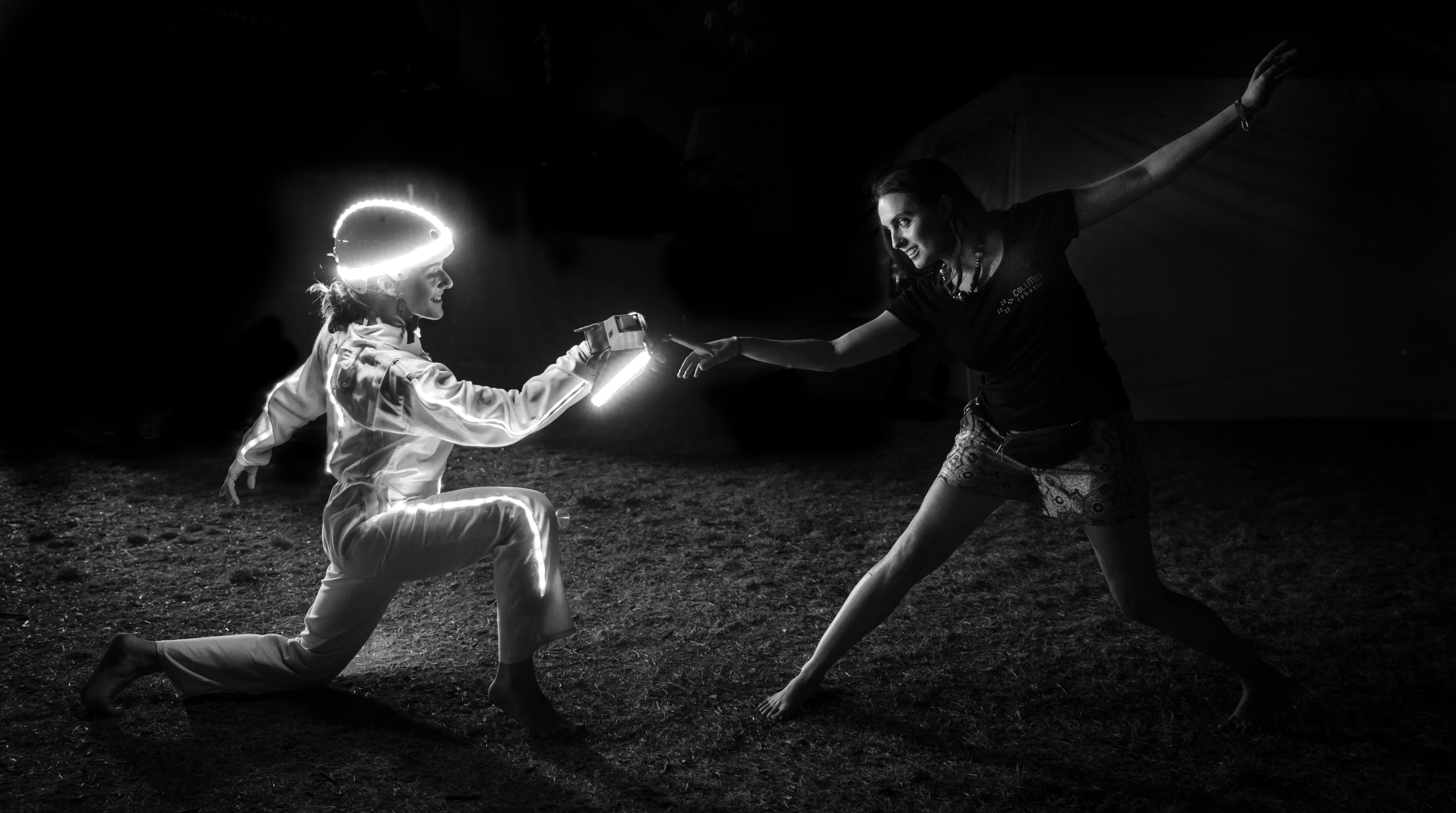 In 2014, the world’s first autonomous outdoor flock of 10 quadcopters took off in Hungary. Tamás Vicsek and his research team at the Department of Biological Physics, Eötvös University, Budapest created flying robots that communicate with each other directly and solve tasks collectively in a self-organized manner, without human intervention. Tamás Vicsek – among widespread scientific achievements – is one of the internationally recognized founders of collective motion research and among the top cited researchers in Hungary.

The project was estabilished as part of the EU founded ERC COLLMOT grant (led by Tamás Vicsek) aiming at understanding universal rules of collective motion. The robotic group of COLLMOT, led by Gábor Vásárhelyi used bio-inspiration from the collective motion of animals to succeed in creating an autonomous robotic flock. Their publication results received international attention within and even outside of the strict scientific community (Nature, Science, New Scientist, New York Times, Scientific American, Times, Newsweek, CNN, BBC, amongst many others).

“Copter was an incredible exploration of our interactions with technology and surveillance”
“Original and captivating, the relationship between the two was varied and complex.”

★★★★★ “The piece was powerful, and perhaps the only time I will ever see a helicopter dance. ” Truly remarkable “

★★★★ “The human dancer and the product of technology dance around one another, creating a beautiful sequence that flows effortlessly”

“A fable of human interaction with machine” “Kov has now balanced the work to show a charged relationship between the two that runs the gamut from touchingly playful to coldly voyeuristic.” 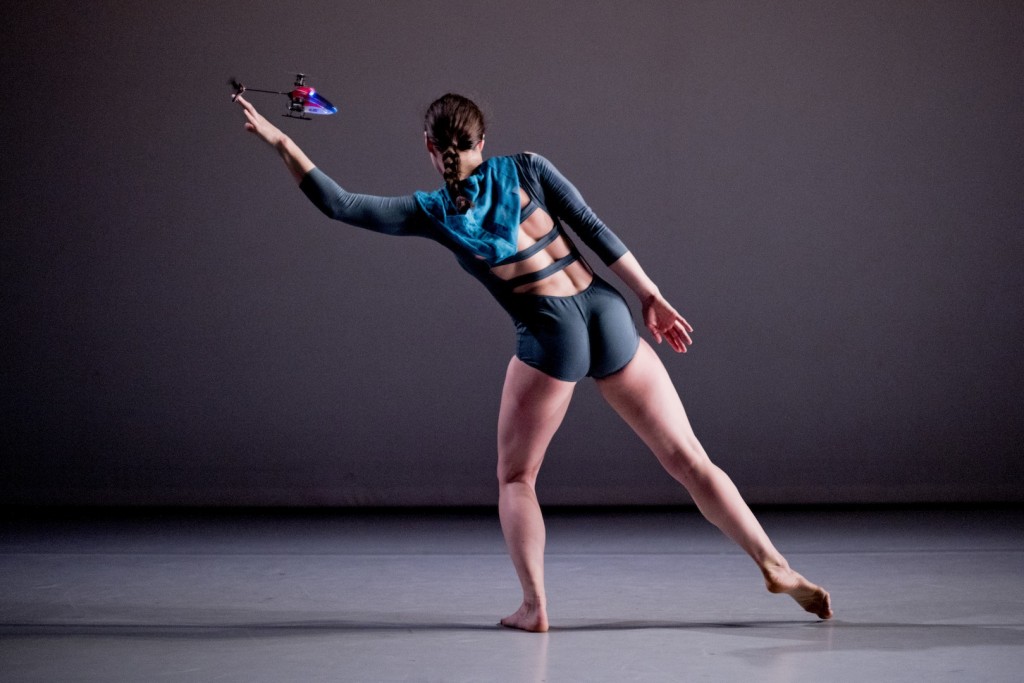 Nina Kov’s “Copter” has been invited to Sadler’s Wells for Casson & Friend’s Wild Card at The Lilian Baylis on 18th March 2015.

Wild Card returns with more specially curated evenings from a new generation of dance makers, bringing fresh perspectives to the stage. For each Wild Card, an up-and-coming artist is given the opportunity to present their own work, alongside performances by artists they admire.

“Beautifully choreographed” “Must be experienced to be grasped.“
Carole Edrich- dancetog.com 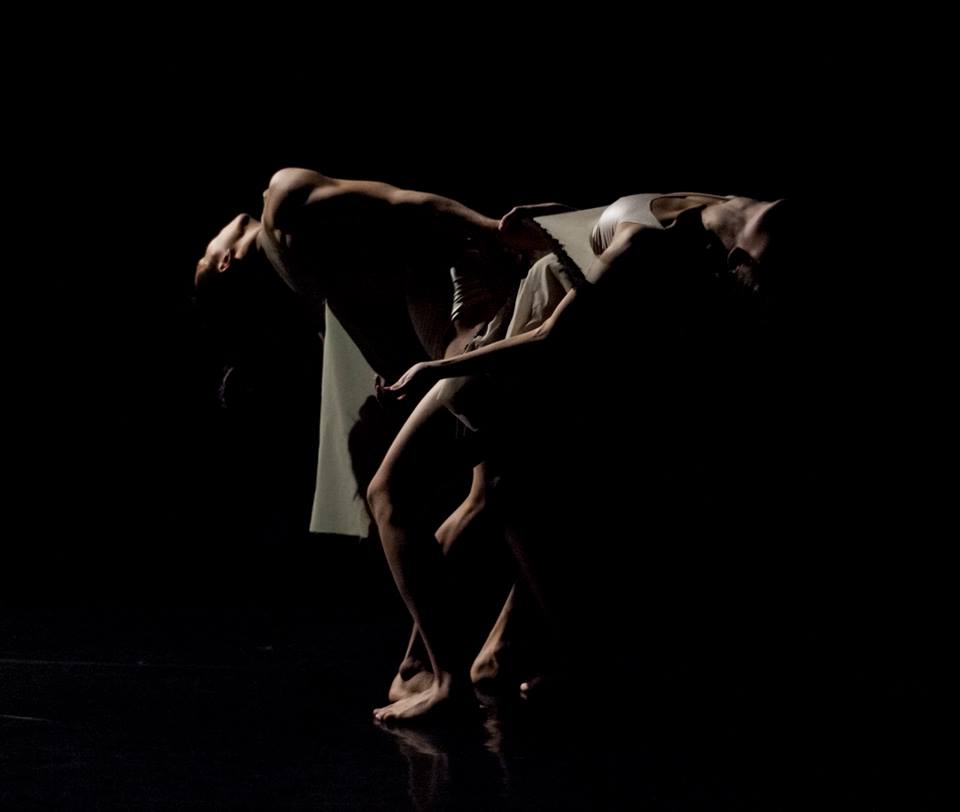 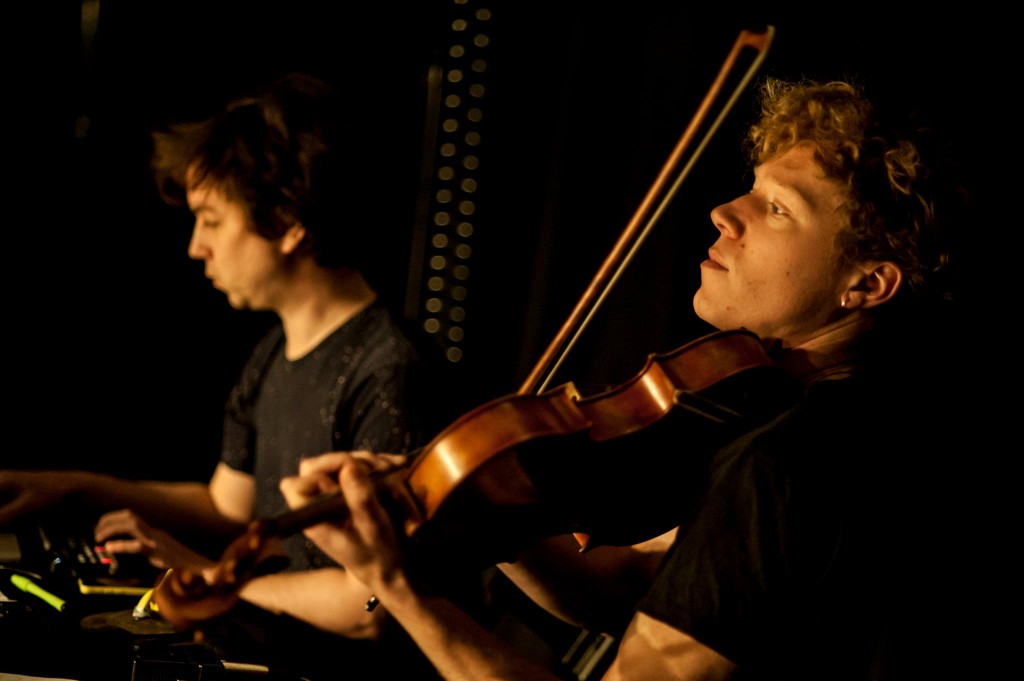 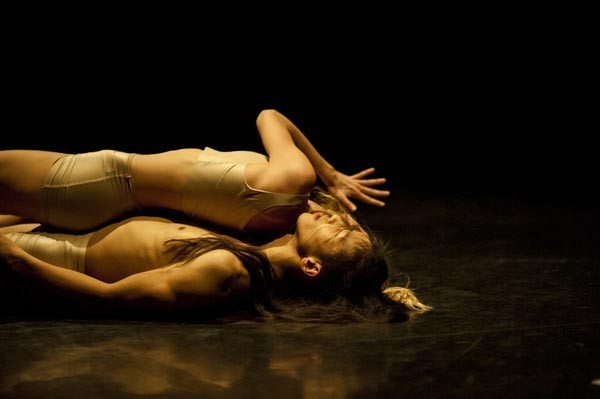 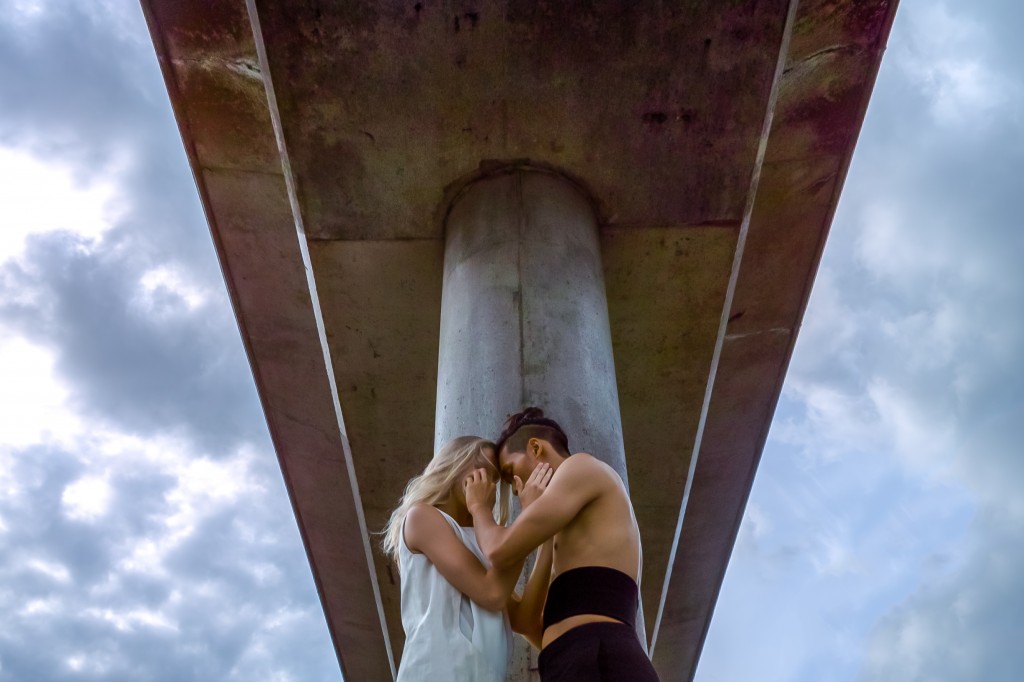 Exceptional talents have teamed up for the production of VUONG 10, an exploration of human interactions in the digital age. Originally curated by Wayne McGregor for “Randomworks”, the first ever evening of contemporary dance at Kings Place, and 8 minutes long, the piece has been developed into a full length performance with live music from Leafcutter John and Max Baillie. VUONG 10 explores the yearning for physical communication in an era where we have to learn how to touch each other again and to share our internal space. The intention to connect, to explore each other’s movements, to interact and respond, spawned the intriguing musical and physical landscape of the piece.
Two dancers explore each other’s body, showing glimpses of a plausible future that is infused with dark beauty.
Choreographers Nina Kov (Place Prize semi-finalist 2012) and Catarina Carvalho (Wayne McGregor | Random Dance) with a special contribution by Michael-John Harper (Wayne McGregor | Random Dance) have been working with musicians Leafcutter John (Polar Bear) and Max Baillie (Aurora Orchestra) to investigate human connections and response to the music.
The interlinked nature of music and dance in VUONG 10 makes it a contemporary music concert as well as a contemporary dance piece, and can be recommended for fans of both genres. Tickets can be booked following this link: http://www.richmix.org.uk/whats-on/event/vuong-10/
Supported by Arts Council England, The Deptford Lounge, Into / Out Of, JW3, Rich Mix. Thanks to Wayne McGregor | Random Dance for the kind mentoring. 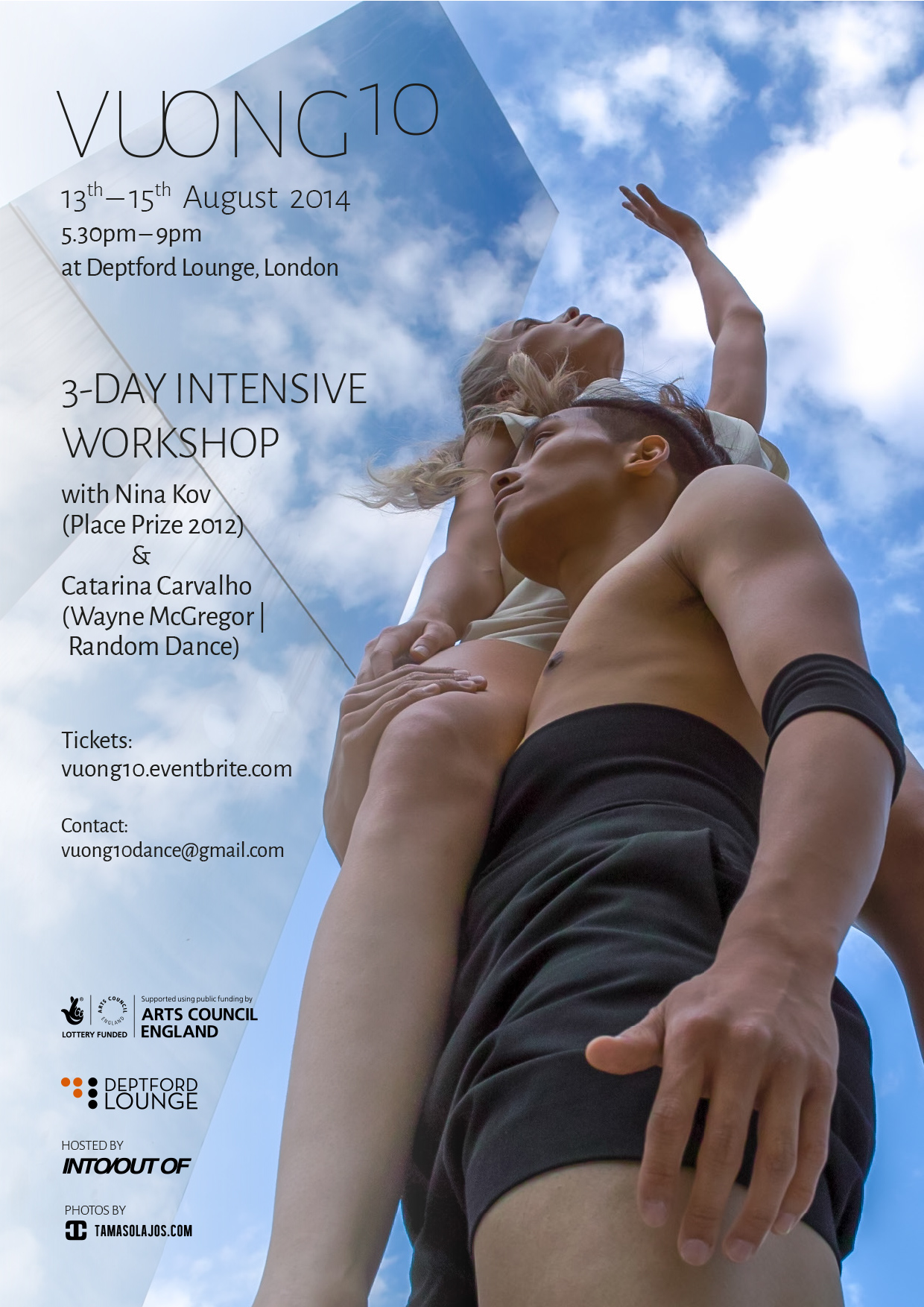 hosted by Into / Out Of at The Deptford Lounge

Sharing their unique approach to creation, Kov and Carvalho will guide participants through key methods and ideas related to the collaborative process, which have helped many dancers gain strong devising and performing skills.
Each day will start with a short technical class followed by a creative session, centered around the development of the following ideas: Sensorial exploration of the body, improvisation as instant composition and developing performing skills. Sharing intimacy with the viewer and performing in public spaces.

Throughout the 3 days, guided by the choreographers, participants will devise a solo and will have the option to perform it during a filmed public performance at The Deptford Lounge on the 15th of August.
Each participant will receive a filmed copy of his or her solo, included in the course price. Both professional dancers and advance dance students are welcome. 13-15 August 2014 from 5.30pm to 9pm each day. (Total learning time: 11 hours) Tickets available here: vuong10.eventbrite.com

About Into/Out Of :
Developing a platform for dance with The Deptford Lounge in South East London through an exchange of space and support for skills. Bringing making and performance into & out of spaces, engaging people and place. To be informed, involved or submit a proposal please contact: tom@goodeveningarts.com

Dancing with Drones, an Art and Science collaboration

Dancing with Drones is an EU-funded ICT & ART Connect project. In cooperation with the EU ERC COLLMOT Robotic research group directed by Pr. Tamás Vicsek of EOTVOS University, Budapest, we are creating the first ever human-drone aerial group dance.
The goal of “Dancing with Drones” is to create a common ground for the study and understanding of movement and the organised succession of movement (choreography) for both humans and UAVs. 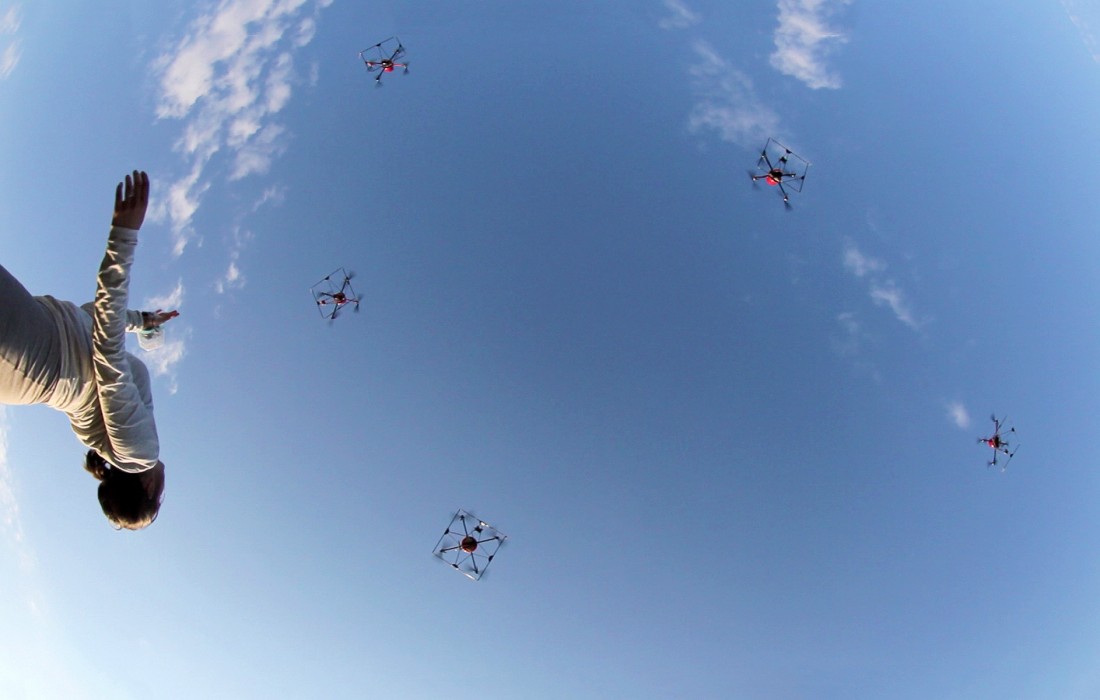 In this context drones will be considered as choreographical agents, and presented as such to a broader audience.
The importance of developing peaceful applications for drones by creating a connection with the public is more crucial than ever. The goal of this project is to show the peaceful, civil and creative applications of drones, and the possibilities opened by collaboration between scientists and artists.
It will end with the demonstration of the world’s first ever human-drone aerial group dance piece.
The project is a collaboration between choreographer Nina Kov (London), and the COLLMOT Robotic Research Group (Budapest), who recently created the first completely autonomous flock of quadcopter drones.
The UAV flock was created based on animal movement patterns, in order to study efficient autonomous movement strategies within a group context.

Nina Kov is a pioneer in terms of unmanned aerial device-human choreographic interactions. She created Copter for the PlacePrize 2012, a dance duet with a miniature helicopter.
The COLLMOT team and Nina Kov share a common interest in the universal motion patterns existing in flocking and swarming behaviour, applied to animal or robotic conduct. By introducing an artistic human element to the equation, the movement analysis scope of this project will transcend categories, connecting animal, robotic and human collective behaviour.

go to to the COLLMOT site for more information

Performance with Cassiel at the ICT & Art Connect weekend in London:

in collaboration with Kristof Deak.

invited to perform in Cannes, at the Palais des festivals, for the 50th anniversary of ESDC -Rosella Hightower. Come see us, 25th April.

Nina has been invited to do a presentation of her work with Motion Capture in collaboration with Goldsmiths University at the 25th BCS Human Computer Interaction conference. Newcastle 4th-8th July 2011